Information about our new board coming soon! Click here for our TBJ Youth Group 2018-2019 Calendar. 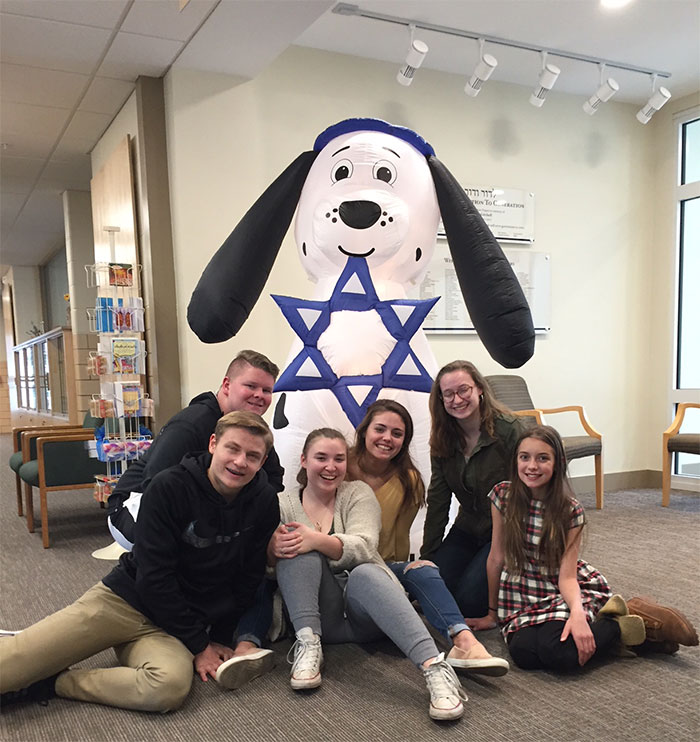 When I was a kid, attending Hebrew school on Sundays and Wednesdays was never an option. It was expected that unless my sister and I were sick, out of town, or had an activity, we could not miss. We would be going to religious school. Like most other kids in elementary, I was almost never excited or content with waking up on the weekend going to yet another school for three hours. It was supposed to be the weekend… my only break from school! I didn’t fully understand why I would have to go if I didn’t enjoy it, and most of my friends were not forced to go every week. I figured once I had my Bat Mitzvah it would all be over, but I was wrong.

For the following three years after my Bat Mitzvah, I not only worked at religious school, but I also attended the high school section of it. As I grew older, however, my feelings changed. I was excited to go to school every week because that meant I got to see all my best friends. I finally began to realize what all the years of forced Sunday mornings had given me. Because my parents gave me an extra push every week to continue attending, it gave me opportunities that are in my everyday life and have made me who I am today. I became best friends with my peers in classes and the upper grades, and because of this, I started to attend youth group events to hang out with them right when I became old enough. Also, I joined the youth group board the first year I was allowed to, which ultimately lead to my current position as president of the youth group.

However, the best and most impactful aspect of my Jewish life is all of the experiences that I had attending Goldman Union Camp. Many of my friends had started going to camp around 4th grade, and I was very unsure about it at first. I remember the year my dad telling me I would be going the following summer and my first reaction was that I was excited. As it got closer, however, I grew more nervous. Finally, by the time it came to the night before I was going to be on camp, I had decided I didn’t want to go. I cried and cried to my dad in the hotel room and begged him to not take me. He assured me it would be so much fun and he wanted me to give it a chance. I didn’t fully agree, but I knew I would be going to camp the following day. Because of this, I found my favorite place in the whole world, and now, eight years later, I will be spending my entire summer there.

Although I wasn’t always happy or excited to be attending events my parents wanted me to go to, without them I would not be doing what I am today, and for that, I am extremely grateful.