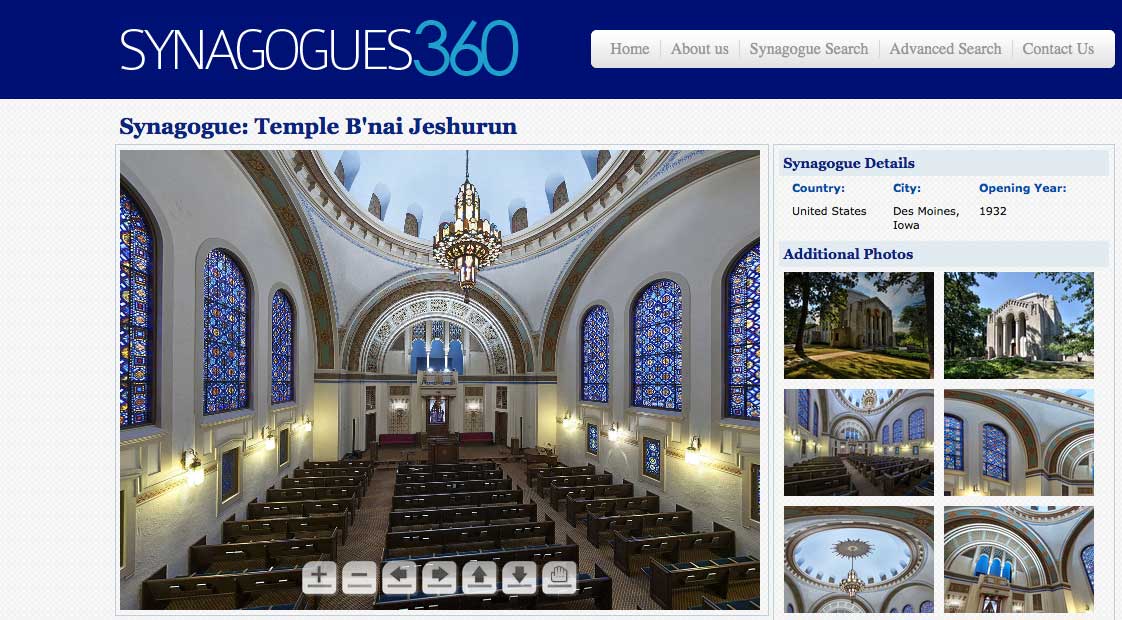 SYNAGOGUES360 provides a visual record of Jewish culture, showing and preserving synagogues by means of interactive 360 degree panoramic photos. It invites you and future generations to view the interiors of Jewish places of worship, which are clear and irrefutable indicators of the state of Jewish culture, architecture, art and stature in their communities throughout the Diaspora. Each synagogue is literally a “sign of the times” and window into the Jewish past and present.

Time, weather, political and demographic shift inevitably erode cities and buildings. These along with occasional upsurges of violent anti-Semitism, have been particularly thorough erasers of the physical evidence of Jewish history. SYNAGOGUES360 visually and digitally saves Jewish synagogues, an impressive physical expression of Jewish culture, for this and future generations to see and experience.

Temple B’nai Jeshurun is included in the Synagigues 360 library and offers engaging panoramic, intertactive views of our sanctuary.